Welcome to my first recipe post on my new site, Real Food Travel. I’m so excited to share with you all the paleo-fied recipes I’ve created, inspired by our travels from around the world, and most recently, a trek through Europe. We traveled first to Paris where we stayed for a week, then Bordeaux for a week, San Sebastian for three weeks, Biarritz for four nights, Marseille for a few nights, two weeks between Zadar, Split and Vis, then Florence for a few nights, and finally Venice where we stayed for a couple of nights before flying home to Santa Monica.

We pretty much ate our way across Europe, opting for real, clean, paleo food when available, but at the very least, always dishes that were gluten-free. We ate everywhere, from 3 Michelin star restaurants like Arzak, to a tiny hole in the wall where a small Italian grandmother was doing the cooking, serving and cleaning. Some places were hugely aware of Celiac disease, some not at all, in which case we had to be more careful.

Then, one fine day in Florence, Italy we decided to have pizza for lunch, which for us was a total splurge (not in terms of money, but in terms of our health). For some reason, pizzerias are like the Starbucks of Europe. They’re everywhere! Before we had flown into Florence, we stayed on the island of Vis, Croatia and our Bed & Breakfast was located right above a pizzeria! Perhaps that was just too much temptation for us and we finally had to go for it. I hadn’t eaten pizza in 2 years since I started eating paleo, and oh my god did the smell of toasted crust and melting cheese smell delicious. I was so excited to hear that several restaurants and pizzerias specialized in making gluten-free pizza in Florence. One of these restaurants was called Le Botteghe di Donatello near the Duomo. We read several reviews raving about the place and decided to give it a go. 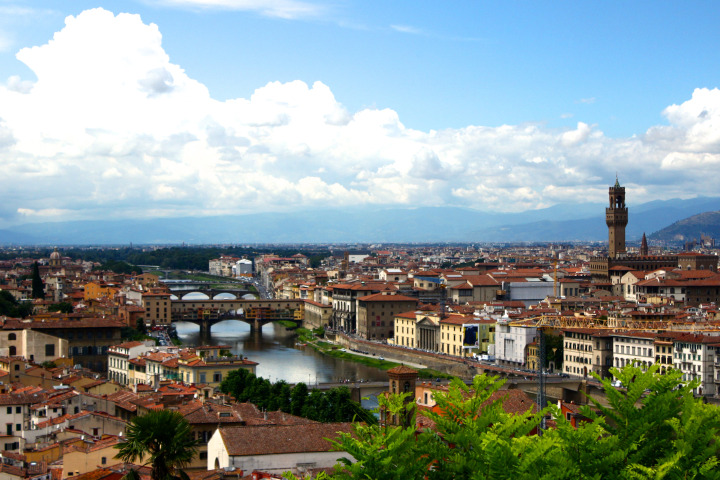 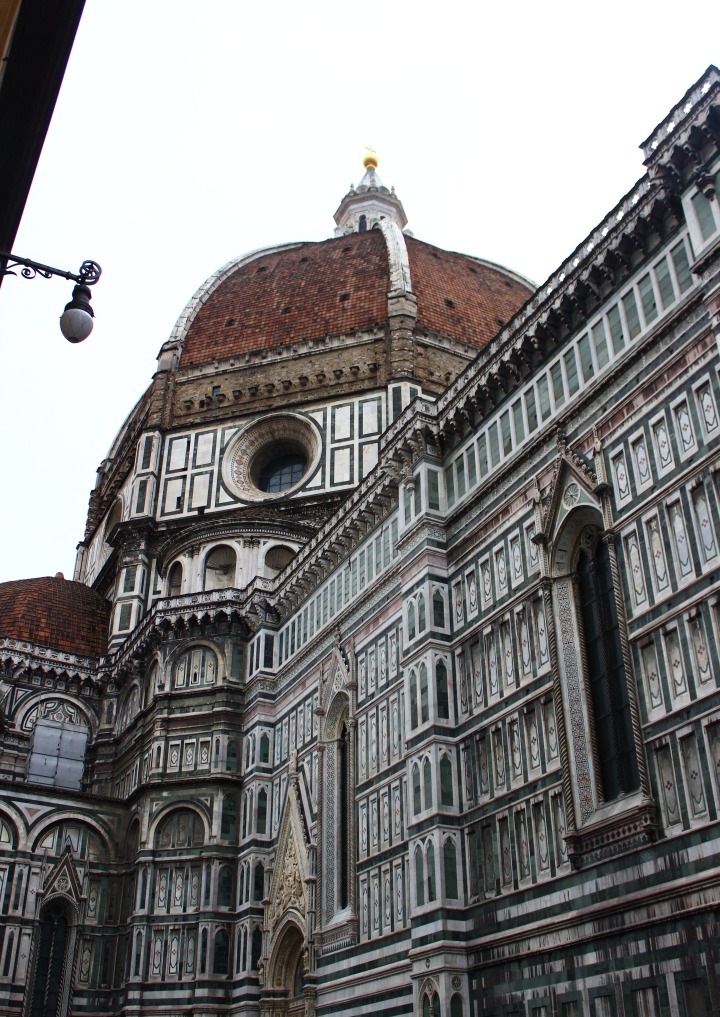 When the gluten-free pizza came out, we were mesmerized. I mean, just look at it: mushrooms, ham, cheese… heaven. 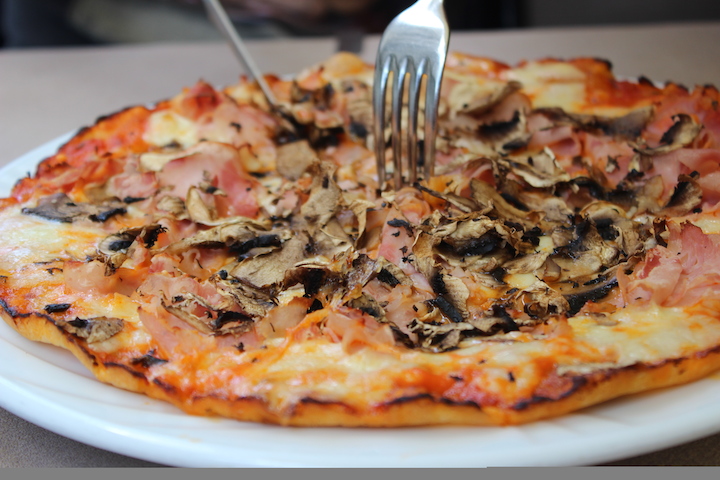 AND WE ATE IT ALL…

I wish this was a post about how everything was delicious and wonderful and that we would be eating gluten-free pizza for the rest of our lives, but it’s not. Truth be told, we both felt really terrible afterwards. We both felt super bloated, (frequenting the bathroom – excuse the TMI moment), we had terrible skin issues and Chris had a temperature within a few days. We found out that even though the crust was gluten-free, it still had some pretty terrible stuff in it, like corn-starch, sugar, soy milk, rice flour and a bunch of other additives and chemicals. On top of that, the cheese probably didn’t sit well with our stomachs either.

And thus the fault lies within the $11 billion dollar gluten-free industry: that just because things are called or labeled gluten-free doesn’t necessarily mean it’s good for you. I’ve known this for a long time – I’ve always stayed away from the gluten-free cereal, bread, muffin-mix, etc. at Whole Foods, but I never knew eating this stuff would make me feel the way that I did. The moral of the story is: Gluten-free means nothing when it has a bunch of crap in it.

When we finally got back home to Santa Monica, my mission was clear. I was going to make the best paleo pizza crust ever! A healthier gluten-free version that was also nut-free, sugar-free, grain-free, soy-free, corn-free pizza crust! And not to mention extremely easy.

Sure, potatoes are starchy tubers, but they’re also a good source of  complex carbohydrate and are a good source of several important vitamins. When given a choice between a real food like potatoes vs. cornstarch, soy, rice flour, and a bunch of processed ingredients, what would you choose? Need more affirmation? The Perfect Health Diet approves. Mark Sisson of Primal Blueprint and Mark’s Daily Apple eats potatoes in moderation. Michele Tam of Nom Nom Paleo says they’re A-OK. The Paleo Secret calls it a superfood for the gut. You can also find a lengthy debate about potatoes on the Paleo Palate, which in their ending remarks, leaves the decision up to ME. Thus YES, potatoes are a real food with nutritional benefits, and in conclusion, paleo. BOOM.

So without further ado, I’d like to share this pizza crust recipe with you… crispy on the outside while still moist on the inside, pliable and delicious, the first ever Paleo Potato Pizza Crust, inspired by Florence, Italy.

Optional: you can also add 1 tsp arrowroot powder if you want the crust to be lighter and less dense. We understand arrowroot powder can be hard to find for some people. We tried it both ways and both were delicious, yet slightly different in texture.

Toppings:
whatever you want!

I used a combination of organic sugar-free red sauce, both sautéed and raw mushrooms, onions, red pepper, cooked chicken, cooked sausage, and greens. I didn’t use cheese for obvious reasons, but that doesn’t mean you can’t. Opt for raw cheese from a reliable source.

Step 2) In a medium steamer, steam the potatoes for 35-40 minutes, then let cool for 10 minutes before peeling the skin off. 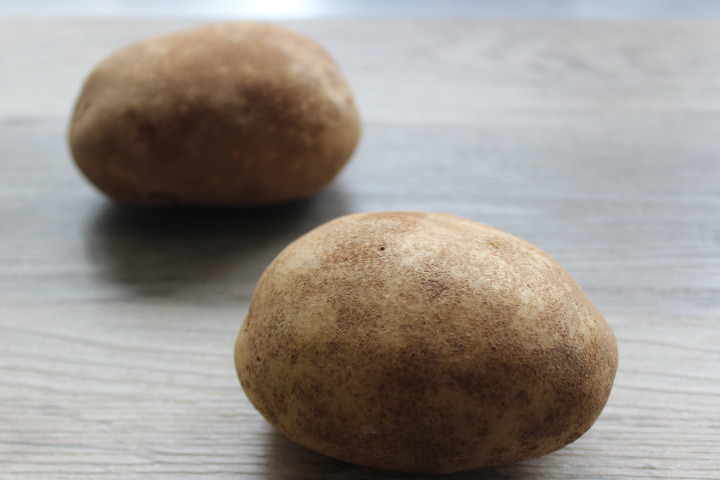 Step 3) In a food processor, add the potatoes, butter, eggs, garlic, coconut flour, coconut oil and salt. Mix until it’s smooth and creamy. At this point, it will look and taste exactly like potato soup or creamy mashed potatoes. Try your best not to eat it all…because when I made this the first time, I didn’t get to Step 4. 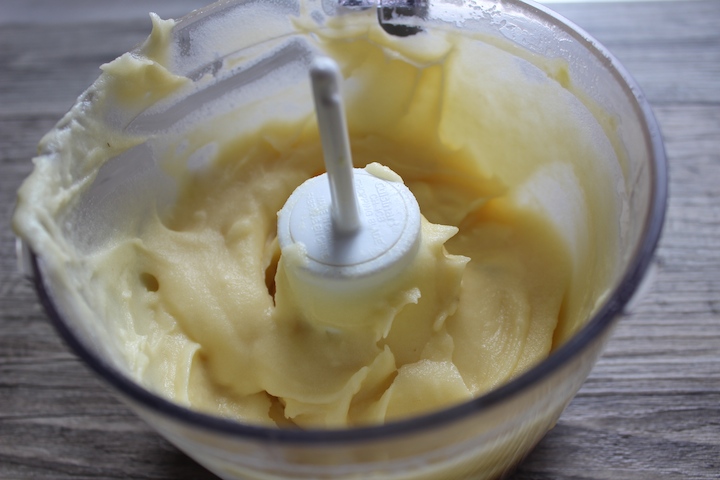 Step 4) Line a baking sheet or pizza stone with parchment paper and spoon the mixture on to the parchment, using the back of the spoon to spread and smooth it out. 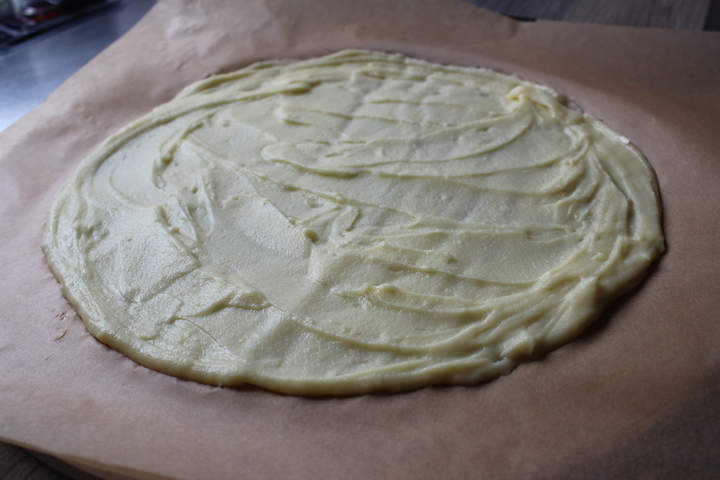 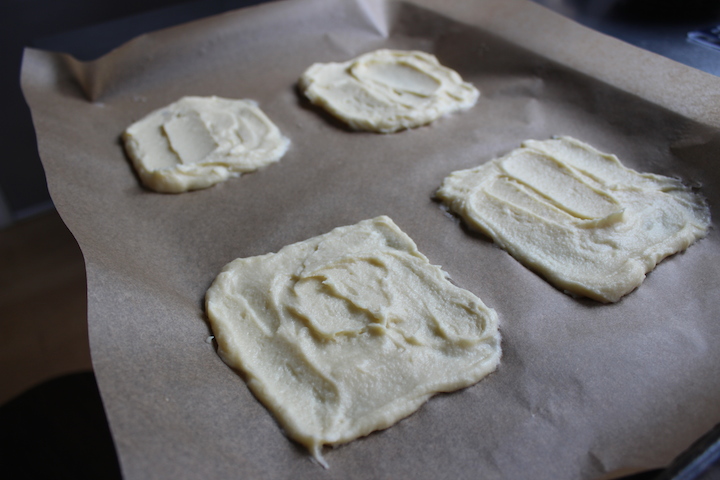 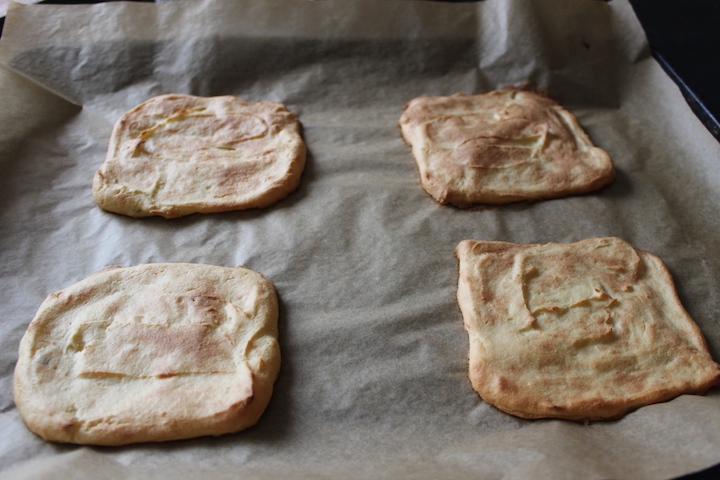 Step 6) Remove the crust from the oven and let it cool for 5 minutes before adding your toppings. 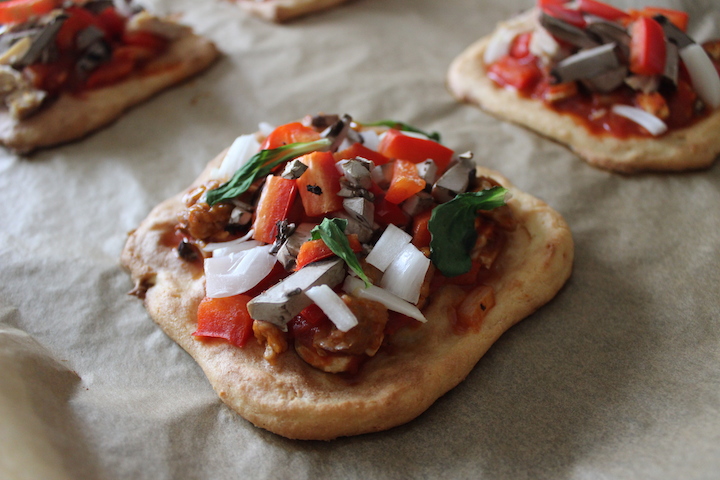 Step 7) Reduce the oven temperature to 350 degrees and cook the pizza for 15- 25 minutes depending on what you topped it with. I used cooked meats so it didn’t take very long. 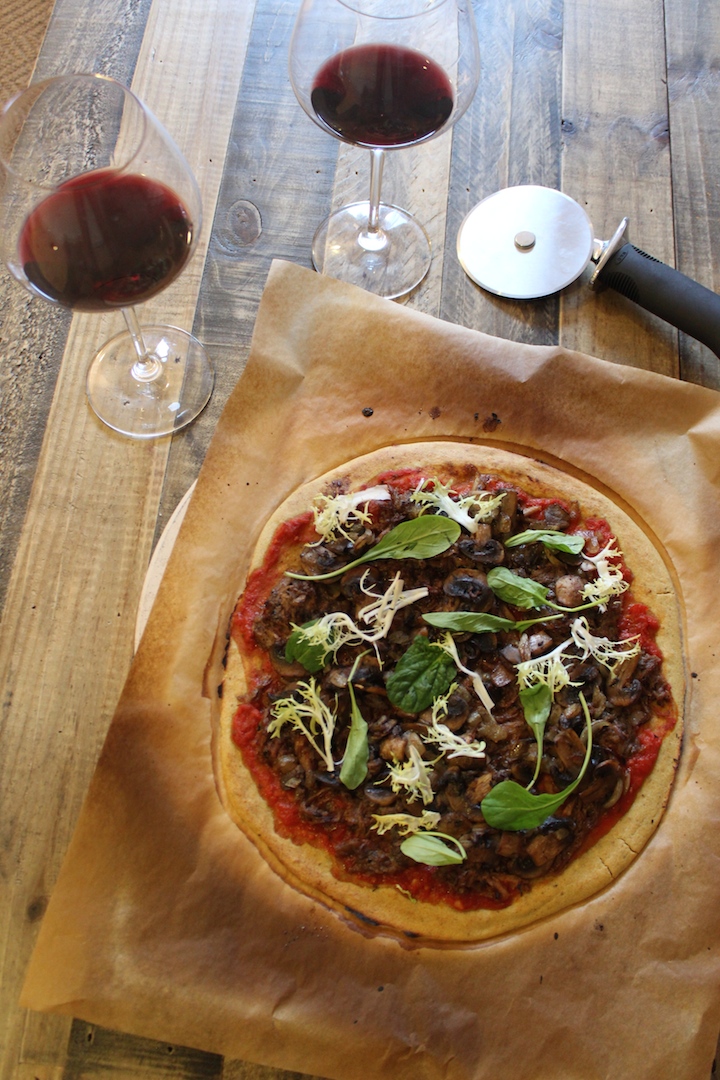 End Note: I’ve tried making pizza with cauliflower before but it just wasn’t the same… and after straining all the moisture out of the cauliflower with cheesecloth, there was hardly anything left…and I made a mess.

We hope you enjoyed our very first recipe post. If you have any suggestions on what we can do better, we welcome feedback! I’m pretty new to wordpress and Instagram so tips and tricks of the trade would be super appreciated, and in return we promise to continue traveling the world and experimenting with Real Food recipes in our kitchen.

« 5 Tips As a Traveler Renting on Airbnb
Paleo Lobster Rolls »