I remember the first time I lost my lobster roll virginity. It was at Santa Monica Seafood. I saw the Lobster Roll on the menu and immediately my eyes lit up. I wanted it. I wanted it bad. So I ordered it. I ate it. I ate it good and hard. One bite after the next until only crumbs of bread were left on my plate. I wiped my mouth smeared with mayonnaise with the back of my hand. I was in lobster roll heaven…and then it happened. That crampy feeling. That twist in my stomach. Without going into too much detail, that was not a fun day for me.

That was five years ago. Long before I started eating paleo/gluten-free.

When Chris and I were traveling across Europe, I had thought up a hundred recipes that I wanted to share with you from our adventures in France, Spain, Croatia and Italy, but or some reason all I could think about were lobster rolls. Everywhere we went, lobster this, lobster that…I had lobster on the brain. 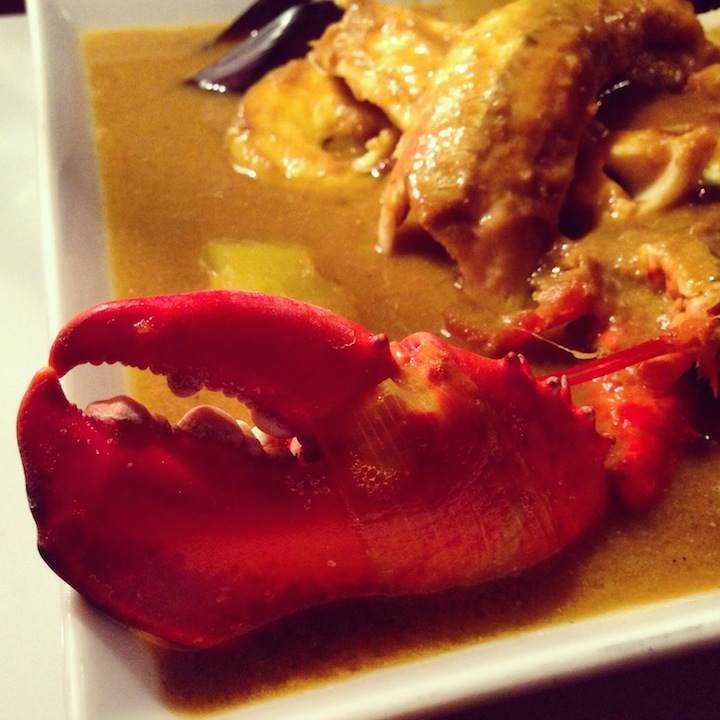 Whether the place was a three-Michelin star restaurant or a hole in the wall, all I wanted and craved was a lobster roll…

Perhaps I wanted revenge. Perhaps I wanted redemption. Whatever I wanted, I wanted peace. I wanted to know that I could eat a lobster roll, enjoy it, and not be in pain. After creating the Paleo Potato Pizza Crust from last week, I had an idea…Perhaps I could do more with that potato recipe than just pizza crust. Perhaps I could make a crunchy, yet moist, buttery roll? A perfectly paleo, gluten-free, nut-free, dairy-free, sugar-free roll? A roll where I could stuff some lobster in it?

Well, I executed on the idea and it was a success. Chris and I each had two delicious lobster rolls and potato chips for lunch today and we feel amazing. My tummy’s flat. I feel energized. No crash, no burn. Did I mention it was freaking delicious?

So enough blabbing. Here’s what you came to see. The Lobster Roll Recipe. I call it the West Coast Lobster Roll because it’s healthy, green, and straight out of my Santa Monica kitchen. Good luck and hit me up for feedback at realfoodtravel@gmail.com.

Whether negative or positive, let me know what you think.

2 medium-sized organic potatoes
2 eggs
2 tbsp butter
2 cloves of garlic
2 tbsp coconut flour
2 tbsp coconut oil
1 tsp arrowroot powder (you must have this in order for the roll to keep it’s shape. If this is hard to find, try potato starch)
1 tsp salt

LOBSTER MEAT
1.5 pound live lobster (boiled for 8 minutes in 2 quarts of water and 4 tbsp sea salt)
You can also buy 1.25 cup lobster meat if available or take the meat from 2 lobster tails.

Step 2) In a medium steamer, steam the potatoes for 35 minutes, then let cool for 10 minutes before peeling the skin off.

Step 4) Line a baking sheet with parchment paper and spoon the mixture on to the parchment so it resembles an ovalesque mound. 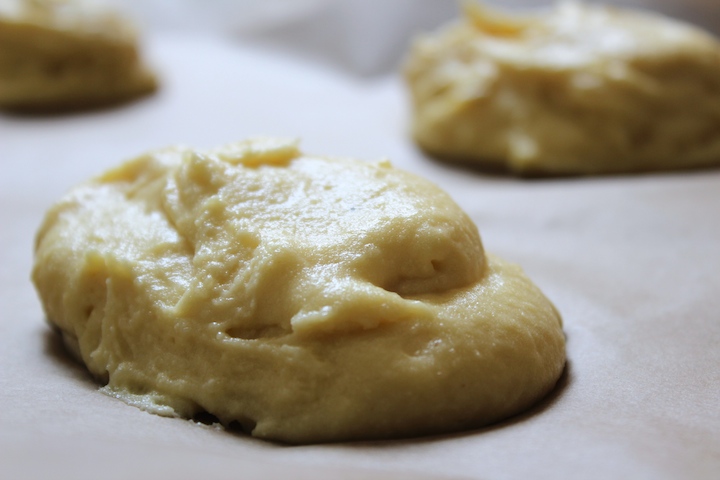 Step 5) Put it in the oven and bake for 30 minutes or until crispy and brown.

Step 6) While the rolls are baking, boil water in a large pot with 4 tbsp salt. Once the water comes to a boil, put the lobster in head first. Boil for 8 minutes and dissect. If you want to skip buying a live lobster, you can buy two lobster tails and roughly chop the meat and set aside. 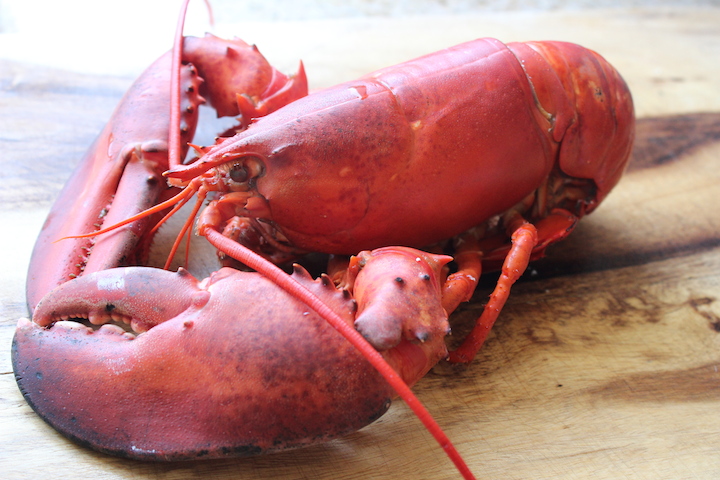 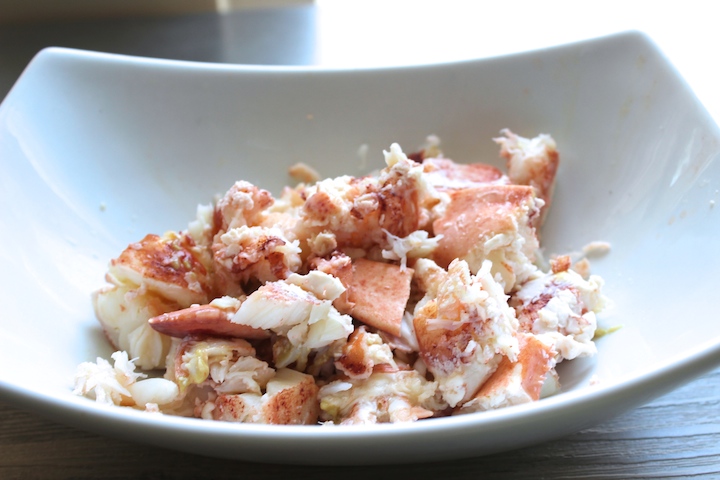 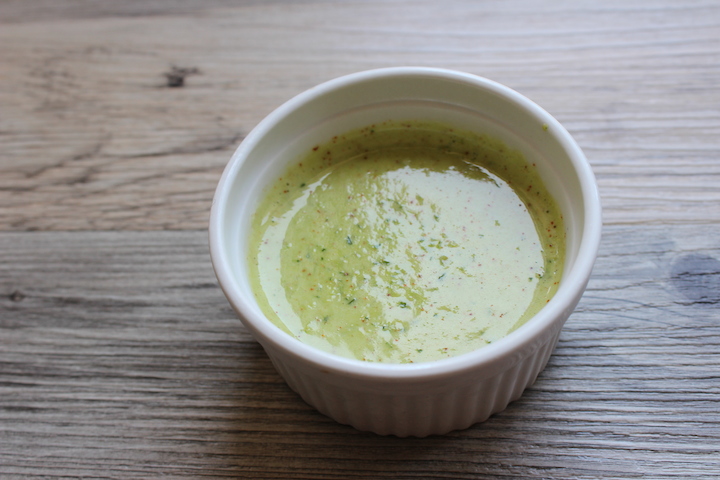 Step 8) Combine the aioli and the lobster meat.

Step 9) Once the rolls are finished baking, take them out of the oven. With a knife, slice the rolls in half. It should be crisp and crunchy on the outside, and soft and moist on the inside. 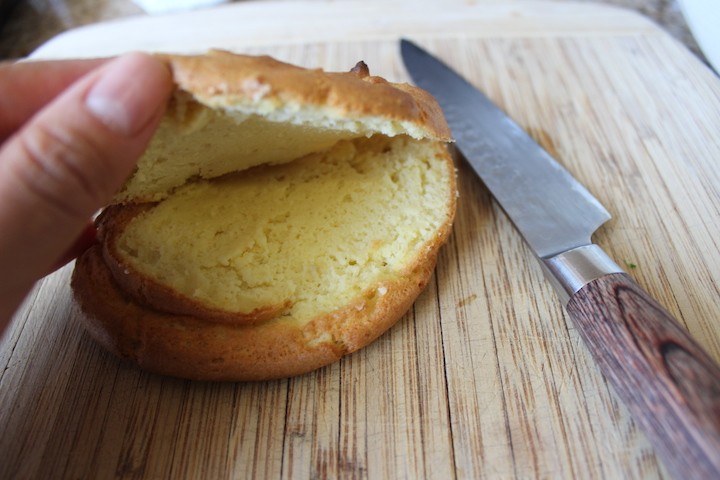 Step 10) Final step. Stuff the rolls with the lobster & aioli mixture. Plate and add some fresh parsley and chili powder. I made some potato chips and garnished with a little side salad, but you can do whatever you want. Whatever you end up doing, stuff it into your face and enjoy. 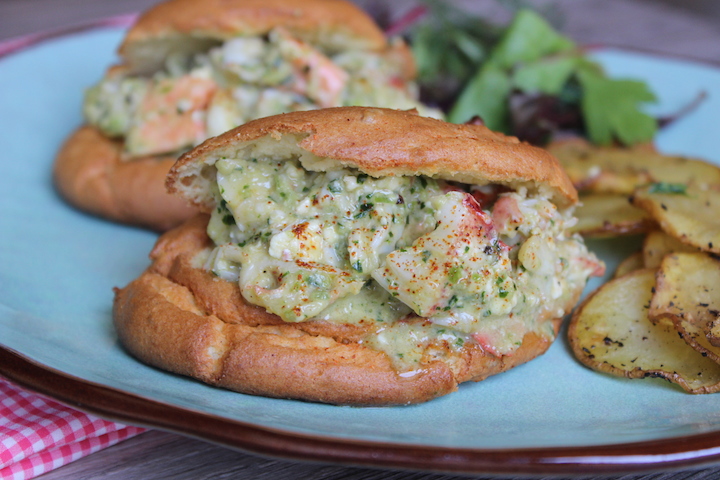 Super-Indulgence Tip: While the rolls are hot out of the oven, smear some grass-fed butter onto the rolls before adding the lobster mixture. You won’t regret it. Happy eating

Wine Pairing: Ever since our trip to Europe, I’ve been obsessed with rosé wines from Provence. Try the Les Valentine Rosé, Cote de Provence, about $22 a pop. Perfect with the lobster on a nice sunny day.

Oh one last thing… These potato rolls on their own were SO AMAZING that you can pretty much just make them in batches and eat them with dinner. Just heat them up in the oven before serving. They taste and consistency is just like bread or a hot dog bun. There are lots of gluten-free bread out there, but they have a bunch of additives such as corn and soy that I’d prefer to avoid. So give these rolls a try, even if you don’t want to make lobster rolls with them.

Don’t forgot to check out our Instagram for more photos of our worldly foodie wino adventures. 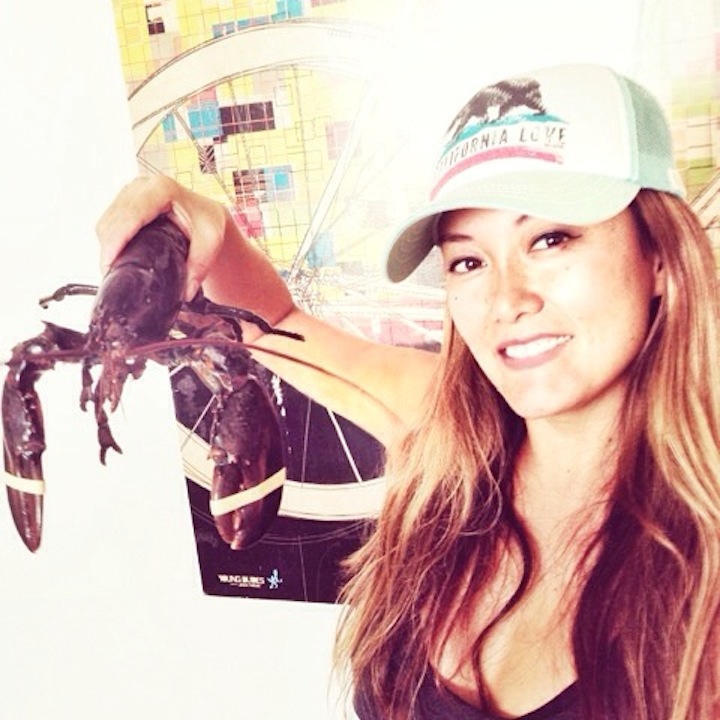